Women’s reproductive rights, and abortion rights in particular, remain a fraught issue around the world.  While the United Nations has asserted that access to abortion is a human right, the provision for abortion care is still highly restricted in places such as Poland, under constant political threat in the USA and women are regularly jailed for miscarriages in El Salvador. Unsafe pregnancies and abortions continue to happen, putting women’s lives in danger. Their inability to access care and make their own decisions regarding their own body means women remain second class citizens in many places around the world. While gains have been made in the last generation, the fight for equality is far from over.

In 2017 Ireland had one of the most abortion restrictive regimes in the world with no provision for abortion except under extremely rare circumstances. This led to many women traveling to the UK to receive abortion care, as well as illegal abortions taking place in Ireland itself. This resulted from a referendum in 1983 which meant that the foetus and the woman were given an equal right to life, meaning that abortion essentially counted as murder. This was bound in law by the 8th amendment.

Since then, the public discourse around abortion in Ireland has been divisive and acrimonious, marred by disinformation campaigns by anti-abortion groups, highly charged religious campaigns, and a general sense of stigma and shame. This was partly informed by Ireland’s historically conservative values, but also by the global argument on abortion and the scare stories emerging from other countries around such issues as ‘abortion as contraception’, very late term abortions and false connections between abortion and infertility.

Because of these myths, the emotional nature of the issue and the spectre of social rejection, Ireland was not a place where it was easy to start a conversation on abortion. From qualitative research, we learned that the Irish public felt they couldn’t speak out on the issue, feeling unable to ask questions, fearing they didn’t have the facts and unsure how their comments would be received. While activist groups on both sides of the debate continued to spotlight their views, the ordinary public felt caught between two polarities, unable to resolve what seemed to be an irreconcilable issue. 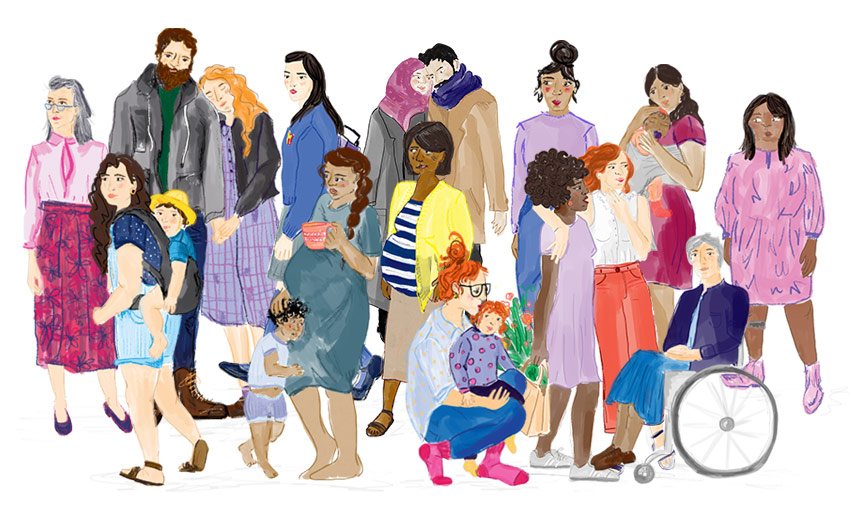 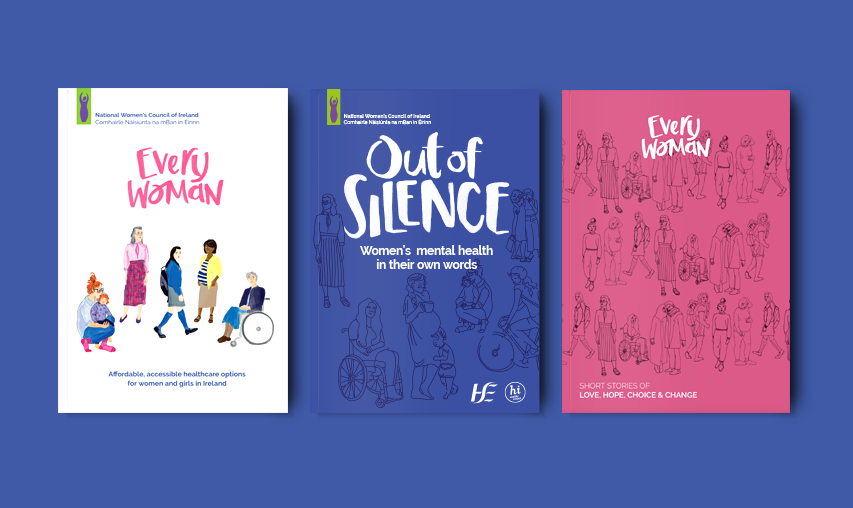 No Equality Without Reproductive Rights

In 2016, the National Women’s Council of Ireland (NWCI), an organisation which advocates for women’s rights, decided to run a campaign which could speak to the public about abortion in a different way. They wanted to highlight that abortion is a small but essential aspect of women’s healthcare, and without proper healthcare women are not equal.

This campaign would set out a healthcare model for women and girls which took into account their reproductive rights, essentially imagining what life would be like without the 8th amendment – and highlighting the existing inequalities women faced in Ireland at that time. It was called ‘Every Woman’

Every Woman was deliberately designed not to be a political advocacy campaign, but a women’s health and wellbeing campaign. We decided to approach the idea of abortion as a ‘need’ rather than a ‘right’, taking a step back from the vitriolic political discourse to focus on the realities of individual experiences of abortion. As Orla O’Connor, director of NWCI said: “For women it’s not a political issue. It’s a personal and private one.”

We sought to remove the language of politics, law, stigma and shame from the conversation, and instead focus on the ‘human’ side. The core message was that care around pregnancy, women’s health and sexual health are all essentially ordinary requirements for every woman, and every woman has the right to proper healthcare. Privacy and individual choice was key to this, as healthcare concerns should be a private matter between a patient and her doctor. No woman is the same, but every woman has individual experiences and needs that ought to be supported.

This concept was underlined by a visual style which deliberately provided a complete break with the ‘shock’ imagery associated with some lurid anti-abortion campaigns, instead focusing on the ordinary women in our society. It imagined a world where every woman could live their lives knowing their reproductive rights and healthcare were fully taken care of, respected, private, and within their control. This presented a positive image of an Ireland free of the 8th amendment.

To fully flesh-out this counter-narrative to the anti-abortion scare stories, Every Woman also had to address and answer the many anti-abortion myths. To do this, we had to engage with the ‘difficult questions’ and respond with factual and considered information. This was not about rhetoric, but about grounding the need for abortion in the realities of women’s lives. 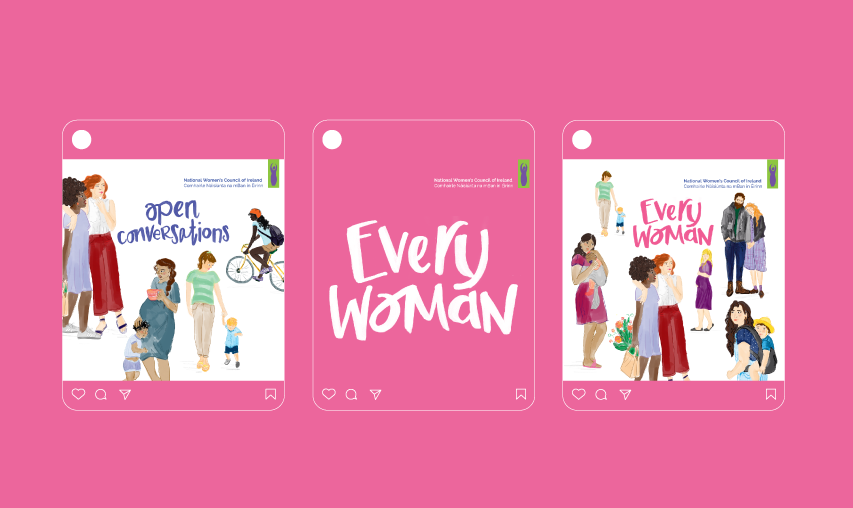 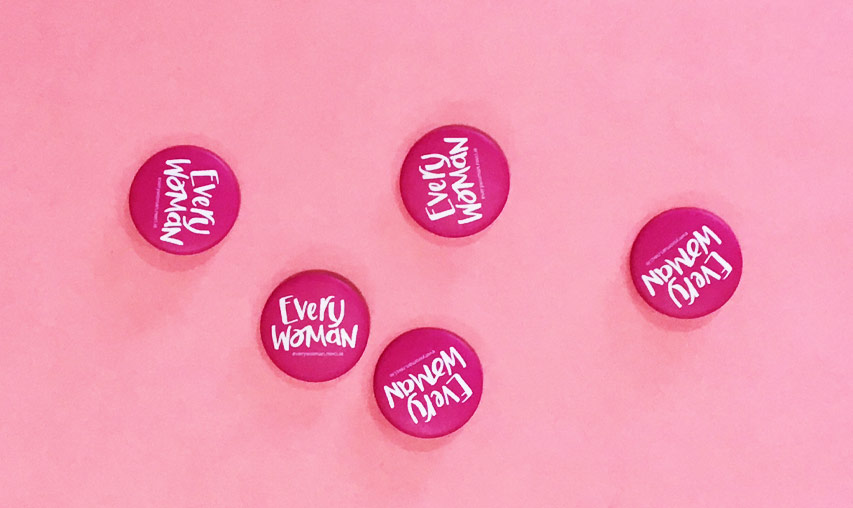 Every Woman was positively received as a campaign. The stance of ‘need, rather than right’ was welcomed by politicians as a way of speaking about the issue to their own constituents and articulating the need to remove the 8th amendment. For the first time in Ireland, we could imagine what life would look like with legal abortion. We could create our future on our own terms. The campaign gained coverage in the media and paved the way for a more targeted campaign to remove the 8th amendment for good, which you can read about here {link to repeal article}.

Who Needs Your Yes

In 2018, before the referendum on whether to repeal the 8th amendment took place, the NWCI followed up Every Woman with a campaign ‘Who Needs Your Yes.’ This campaign foregrounded the real stories of women, their families and friends who had been affected by the 8th amendment. The results were emotive personal stories revealed on social media – from women who had to travel abroad to terminate a pregnancy with a fatal foetal abnormality to fathers of young girls who had had to go abroad to terminate alone to doctors regretful at their inability to provide women with adequate care. The point was to encourage people to think of the real women in their lives who needed abortion care, who deserved equal rights. All these women needed you to vote ‘yes’ in the upcoming referendum. This was an outstanding outpouring of support from real women, and showcased better than any slogan or poster every could the real need for abortion care in Ireland.

In May 2018 the 8th amendment was repealed, with 67% voting in favour. This has given the women of Ireland legal access to abortion and brought us closer to a more equal society.