The National Women’s Council is the national representative organisation campaigning for rights and equality for women and girls. A non-profit, non-governmental organisation founded in 1973, the NWC represents women’s groups around Ireland to advocate for gender equality. They campaign for women in leadership, women’s right to health, valuing care work, women’s economic independence, reaching out to young people and building the women’s movement. These ambitions illustrate the barriers to gender equality the NWC seek to overcome, as well as their proactive approach to promoting feminism and advancing women’s rights. In carrying out their work, the NWC are guided by their core values of feminism, solidarity, collaboration, inclusion and intersectionality.

Irish society still bears the scars of a history overshadowed by interference by the church, blighted by Magdalene Laundries for unwed mothers, the Marriage Bar imposed on working women and decades of religiously imposed oppression with devastating consequences for many women. Rape in marriage only became unlawful in 1990 with the first case prosecuted in 2002. However, over the past number of years Ireland has made significant changes to advance the cause of gender equality; most notably the ratification of CEDAW in 1985, the vote to repeal the eighth amendment and legalise abortion care in Ireland in 2018 {link to case study} and Ireland’s ratification of Council of Europe Convention on preventing and combatting violence against women in 2019.  While we are closer than ever to gender equality, it is worth remembering how recent many of these events were, and how equality does not happen without the committed work of activists and advocacy organisations. That’s why the work of the NWC remains vital. 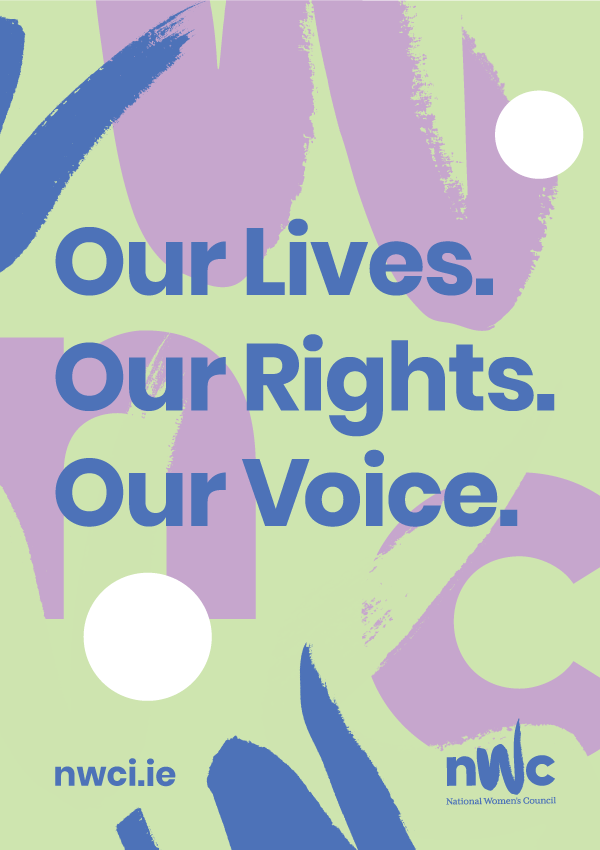 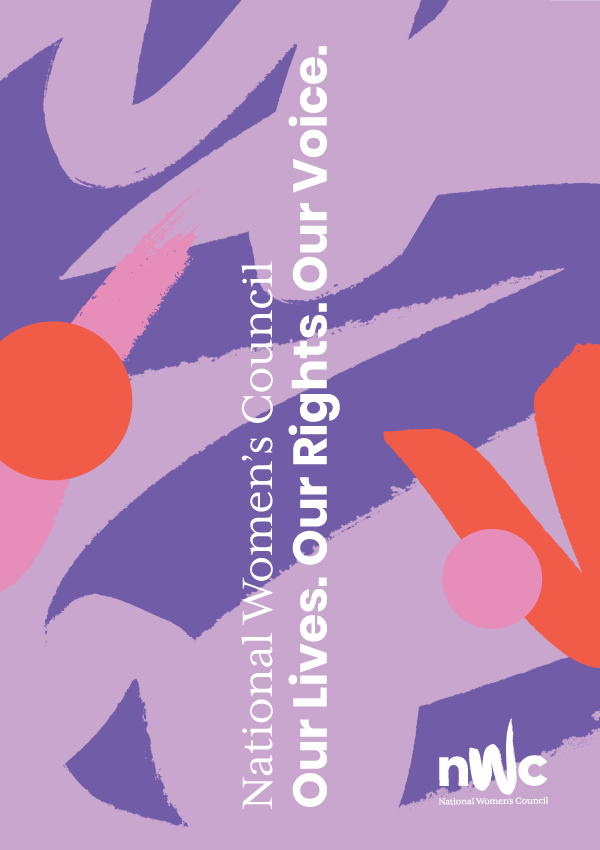 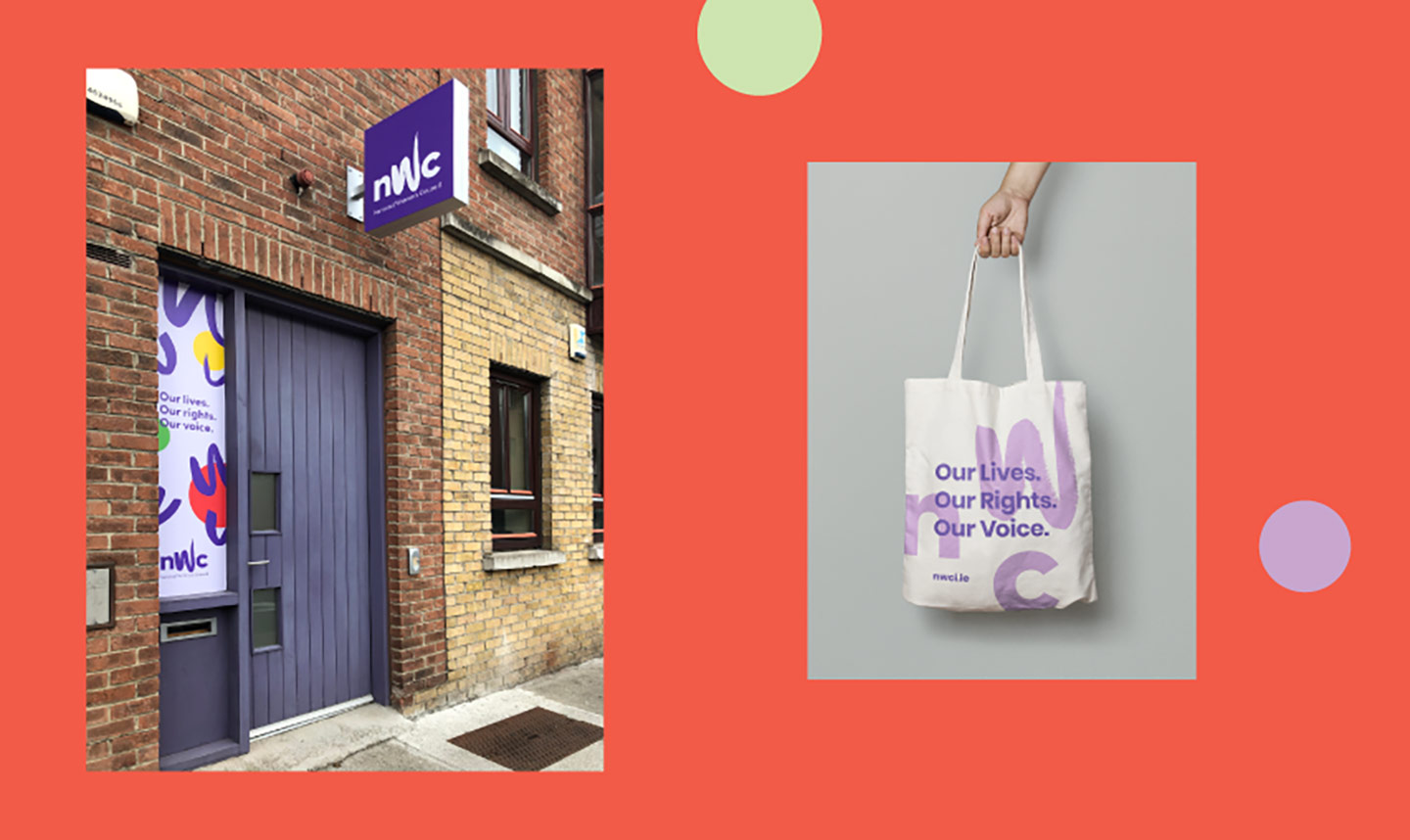 A New Identity for a New Ireland

Following these major achievements, the National Women’s Council and its members conducted a review of the existing logo. They wanted to establish whether it still represented the organisation and its work. At the same time Language were asked to facilitate a roundtable discussion of staff and stakeholders to consider the character of the organisation and how its identity should support its work.  A consensus emerged from these consultations that, as a long-standing organisation at the forefront of social change for many years, the NWC needed a new identity which would reflect and speak to the changing Ireland in which they were operating.

The identity would have to imagine an Ireland with progressive values, youthful ambition and increasing momentum; and inspire individuals and groups to come on that journey with them.  As a long-time collaborator with the National Women’s Council, Language approached the strategic and creative exploration of this project with a shared sense of values and purpose.

To launch the process of developing a new identity, we began with a number of workshops with the NWC team. While we were familiar with the organisation, we wanted to refresh our understanding of the NWC, glean from them how they have changed and establish directions for a new identity.

This was a process of questioning and discussion about who the NWC was, landing on words and phrases that best expressed their mission and character. We established that the NWC is built on equality, leadership, solidarity, representation and community, and that any new identity should showcase how dynamic, engaged and encouraging they are as an organisation. 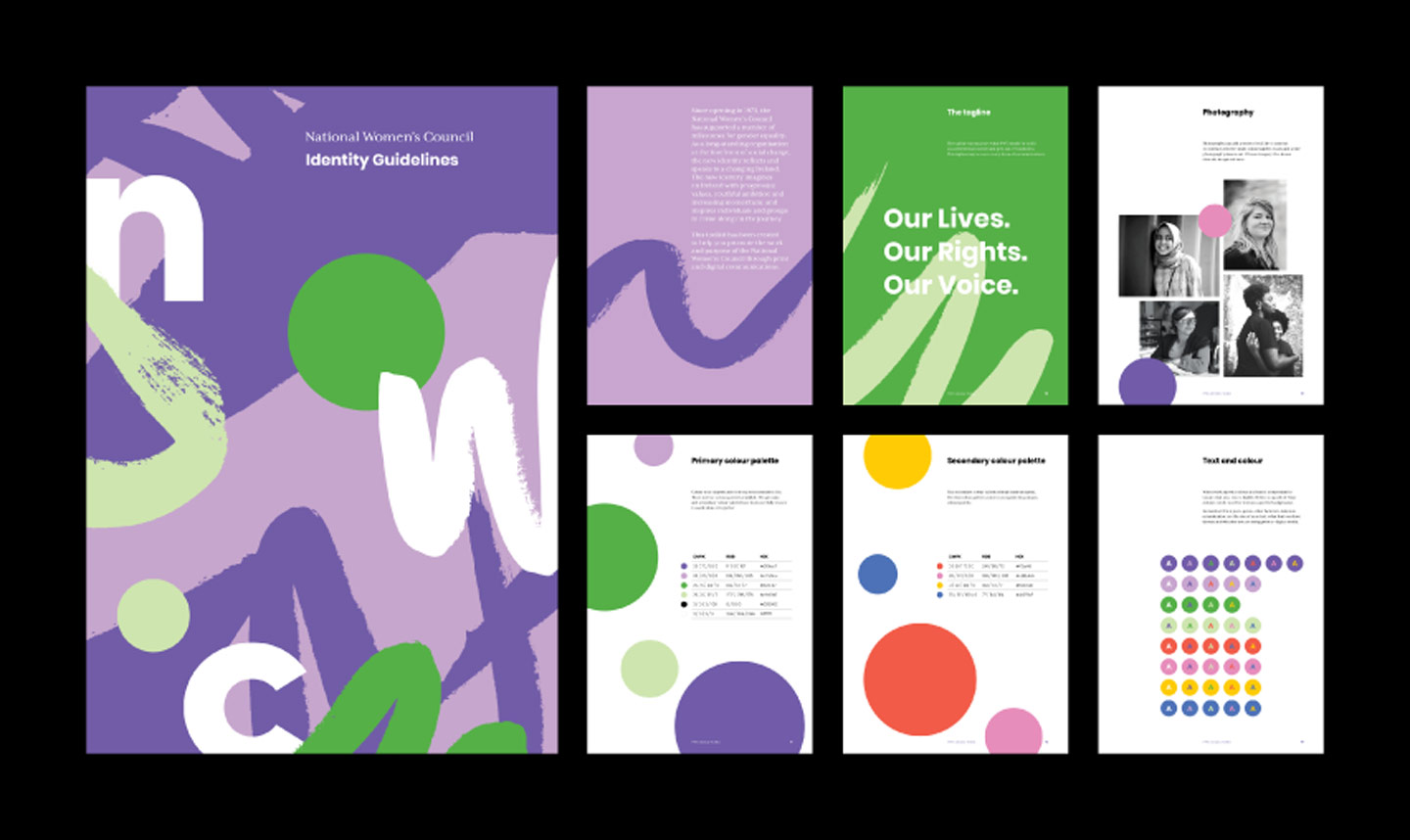 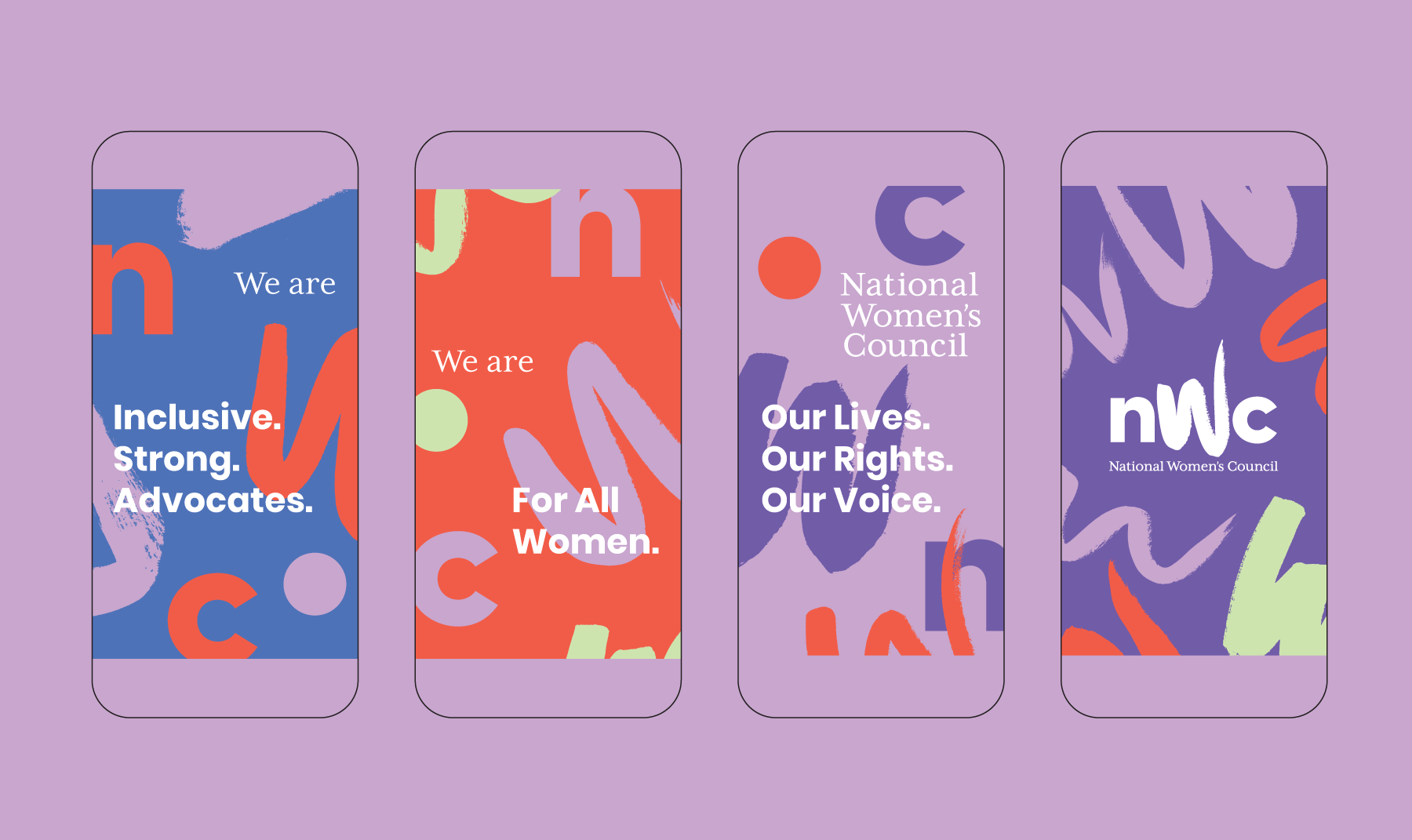 To facilitate discussion of design development, we began by creating visual tools which were based around loose themes. This was an intuitive process which enabled us to test how different approaches would give slightly different nuance to the NWC identity. Figurative styles, typographic styles and more abstract styles were explored while we asked ourselves questions. How strong, or how soft should it be? Should it be focused on the individual or the community? Are we bold, or more subtle? These were not just questions of aesthetic, but a way of probing the identity as it evolved. We wanted to make sure we balanced the different elements of the NWC character in the design in order to create an identity that is authentic and true to them as a community of thinkers and activists.

To develop messaging, we would need to reach a broad audience including: members and potential members of the NWC, public representatives, policy-makers and advisors, journalists and commentators, NGOs nationally and internationally, and of course, the general public. All of these groups would have to understand who the NWC were and what they stood for.

We also tested a number of straplines which expressed the mission of the NWC to build a more equal Ireland. Eventually we landed on “Our Lives, Our Rights, Our Voice”. This encapsulated the relevance of the NWC, their relentless campaigning for women’s rights and the way in which they represent their members and the women of Ireland more generally. But this strapline is not merely descriptive, it is emotional as well as rational. This phrase is a rallying cry, an expression of solidarity among women and a proud statement of women’s right to have their voices heard.

Through this collaborative process, the project panel selected a flexible, creative typographic design that put the ‘W’ of Women in the centre of the new identity. The new logomark is supported by a colourful and contemporary visual framework. The ‘W’ in particular highlights their bold approach to inclusivity and collaboration – here is where, as a woman, you make your mark.

Contemporary, energetic and dynamic, the new identity highlights the relevance and direction of the NWC as an organisation. The NWC is engaging with some of the biggest issues we have in Ireland around feminism, it’s starting conversations, it’s leading the charge in gender equality. This is an organisation that has evolved to give voice to the women of Ireland today and build a better future for the women of tomorrow.