Historically, Ireland had one of the most restrictive abortion regimes in the world. A referendum in 1983 equated the life of an unborn foetus to the life of the pregnant woman, essentially meaning that terminating a pregnancy was akin to murder. This was enshrined in our constitution under the 8th amendment, influencing subsequent legislation and international treaties.

However, as with any country where abortion is illegal, abortion was still necessary and continued to happen. At that time, 9 women a day were traveling to the UK to access abortion, while many more were ordering abortion pills online, or engaging other methods to terminate their pregnancies in unsafe ways. Terminating a pregnancy unlawfully carried with it a prison sentence of up to 14 years and continues to be a criminal offence today.

One of the clearest and most affecting examples of the damage done by the restrictive laws is the tragic case of Savita Halappanavar. At 17 weeks pregnant, Ms Halappanavar’s pregnancy had become unviable and had begun to endanger her life. However, as a result of the ‘chilling effect’ of the 8th amendement and the hospital’s catholic ethos, her doctors did not allow what may have been a life-saving abortion. As a result Ms Halappanavar died of severe sepsis, E.coli in the bloodstream and miscarriage. Her death caused outcry among the public, who lamented the loss of life for the sake of a law that was not fit for purpose. She would become a powerful symbol of a national movement for women’s reproductive rights.

In preparation for a possible referendum, the Coalition to Repeal the 8th Amendment approached Language to design research that would be later used in the campaign to encourage voters to vote ‘yes’ to repeal. We knew from public polling that there were two solid minorities; those supporting ‘choice’ and those against change. Polling consistently showed that there was a majority who favoured limited provision. Research would be key to understanding the reservations and conflicting views of this majority of Irish people who thought abortion should only be legal in certain circumstances. Globally, we find that conditional support for abortion is prevalent in most countries. This is why conventional pro-choice campaigns tend to alienate many voters.

In 2017 the UN Human Rights Committee again found that Ireland’s law prohibiting and criminalising abortion violated the human rights of a woman. That summer, the Citizen’s Assembly, established in 2016, voted overwhelmingly in favour of the holding of a referendum to replace the 8th Amendment and legislate for the provision of abortion in Ireland. 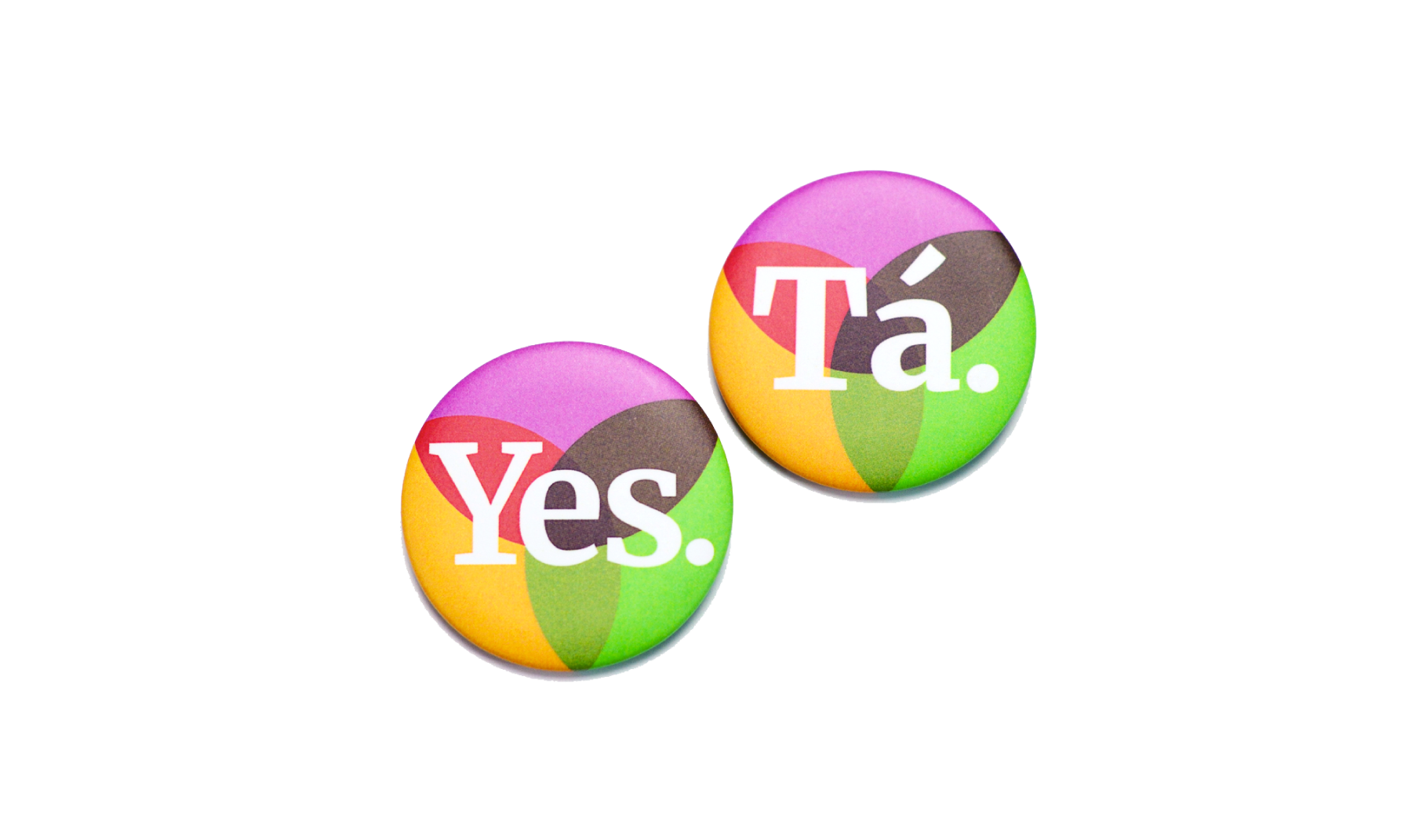 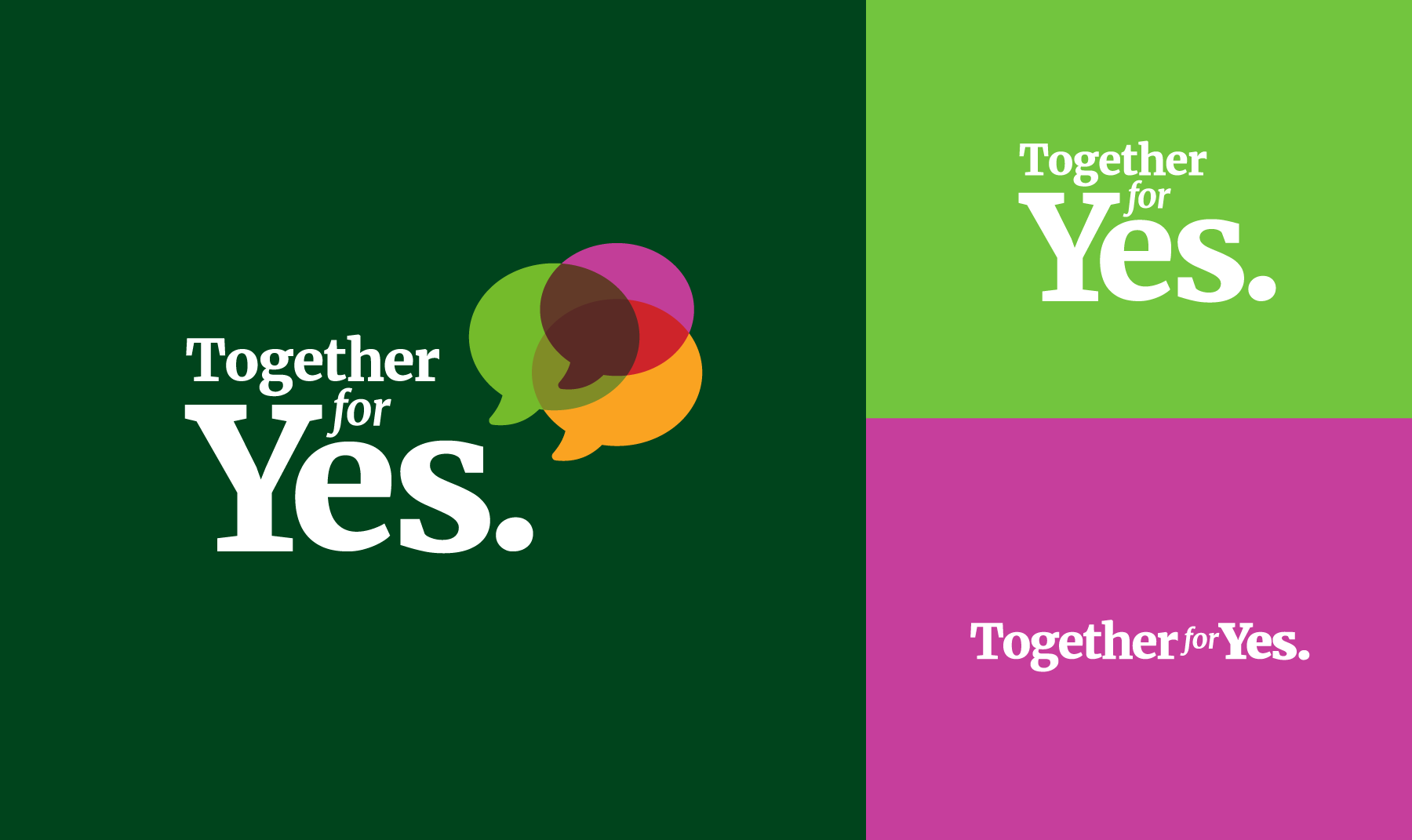 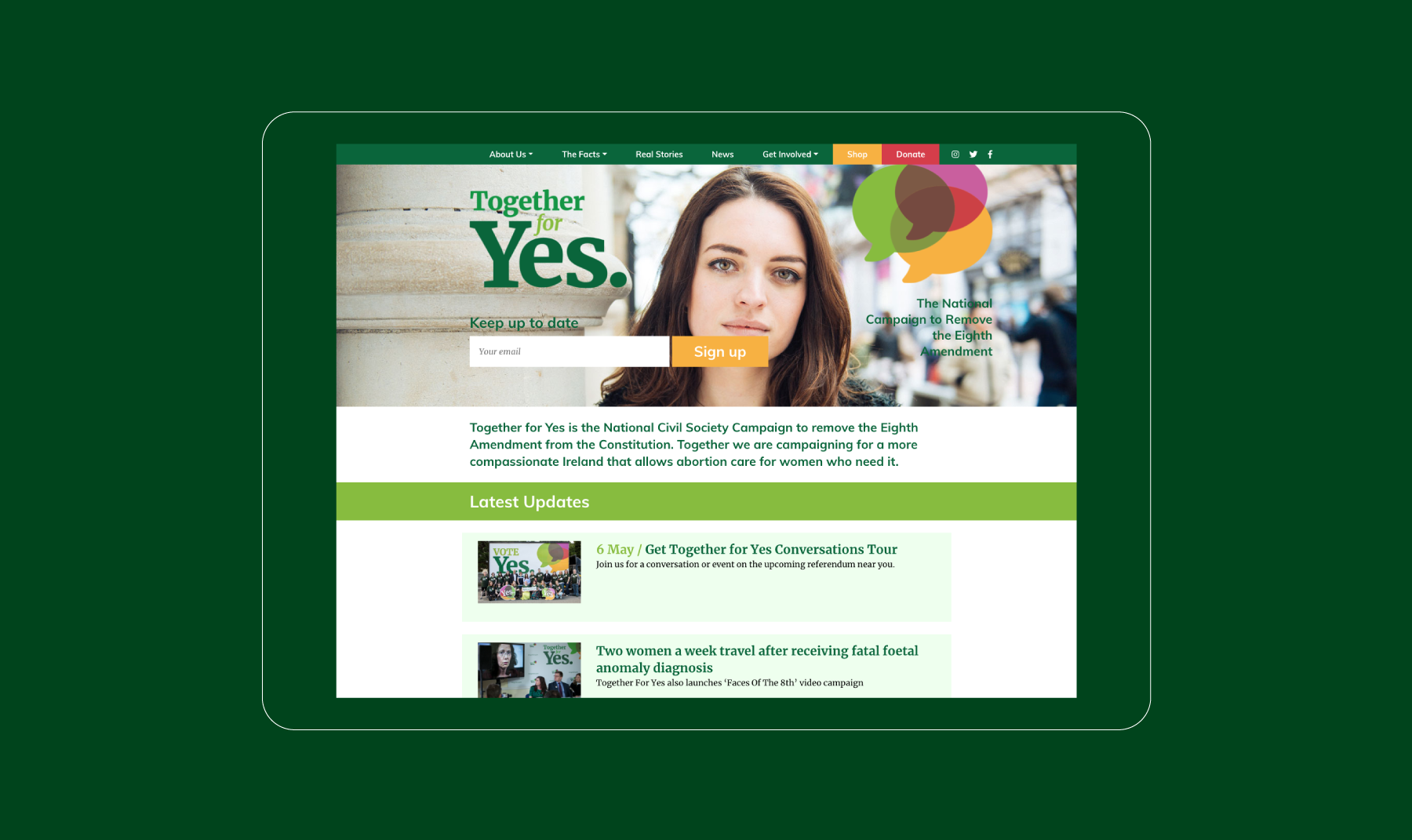 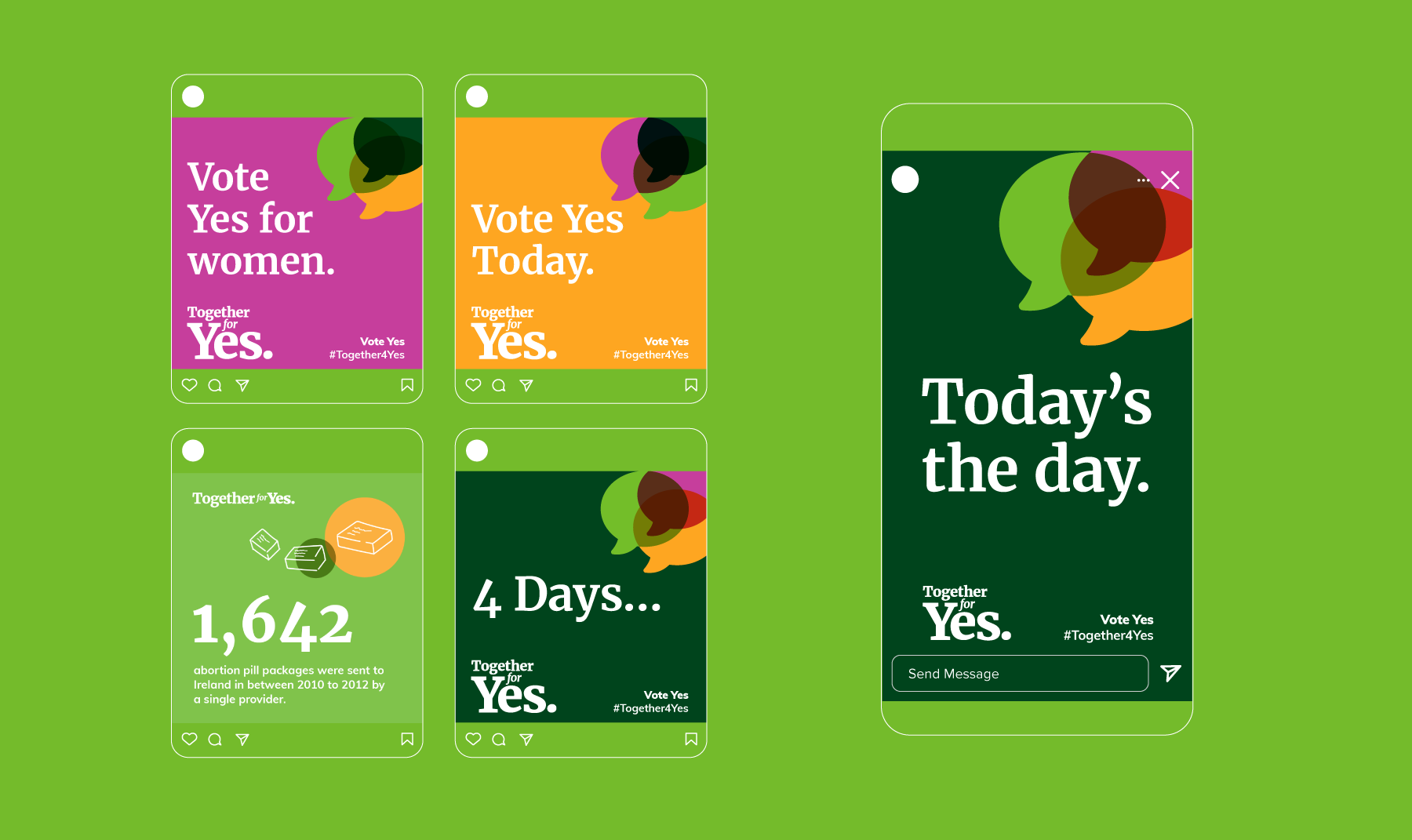 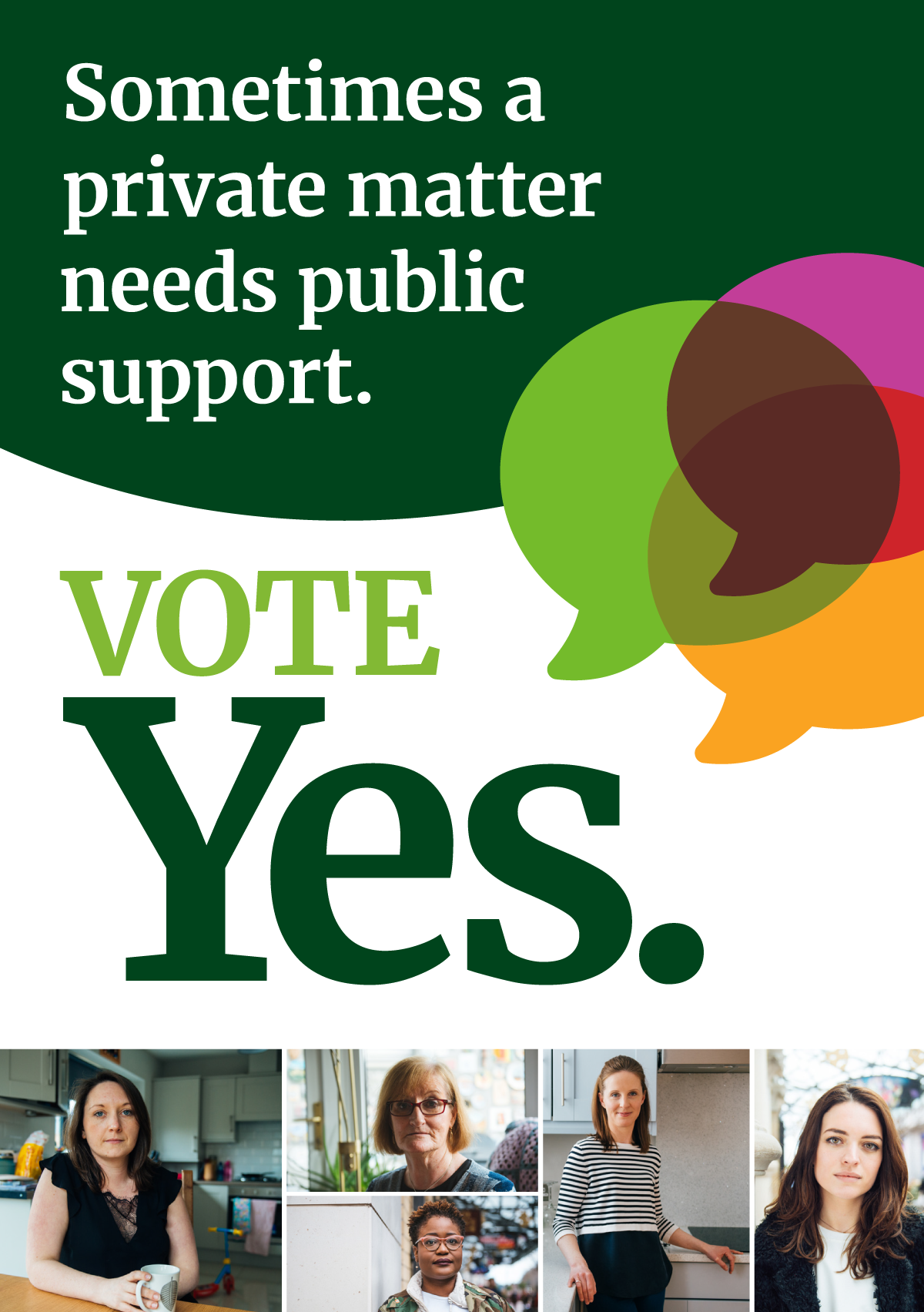 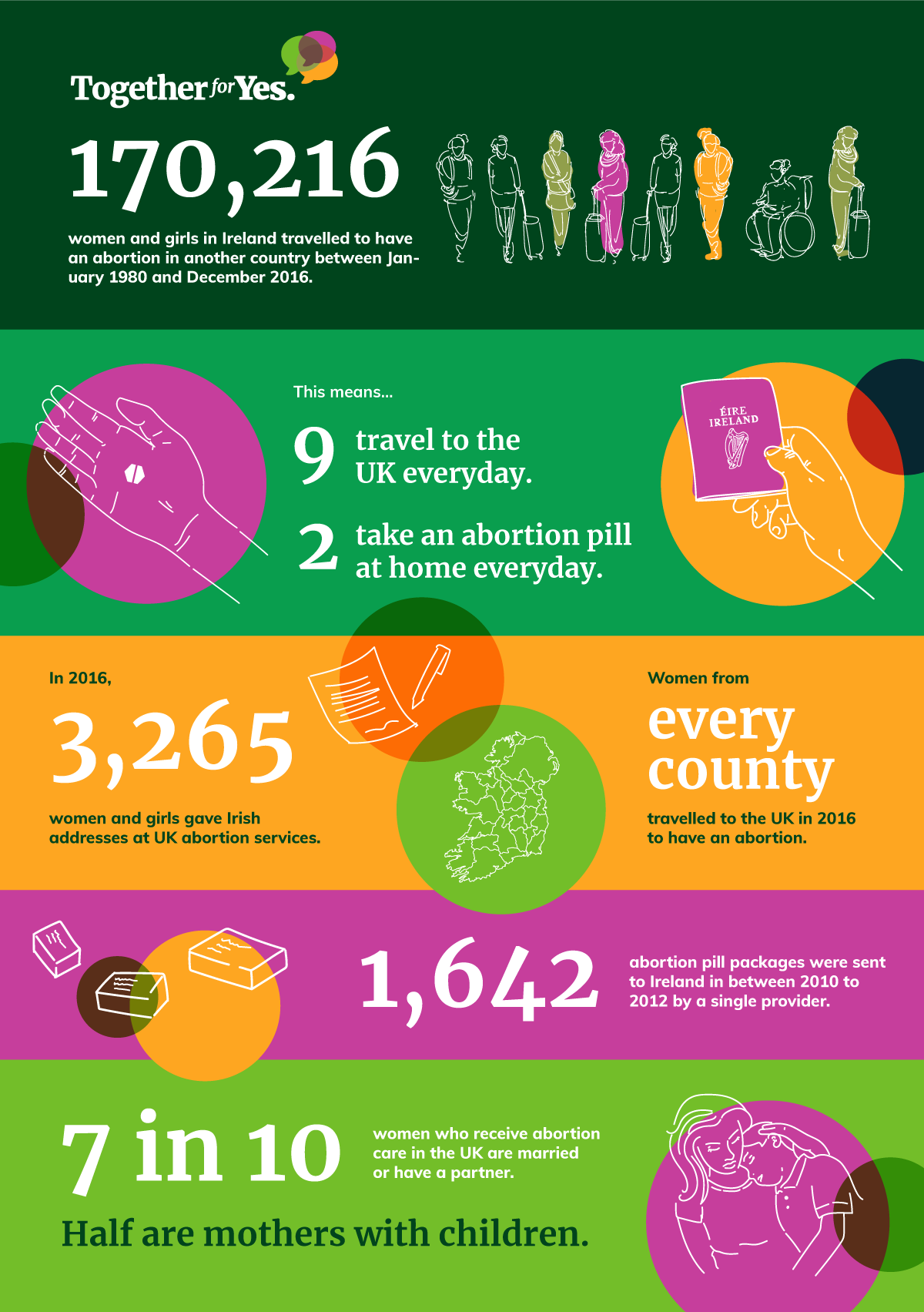 In 2018 Together For Yes was formed as the national civil society campaign to remove the 8th Amendment. An umbrella group made up of over 70 organisations, groups and communities campaigning for a more compassionate Ireland that provides abortion care to women who need it. Together For Yes was co-led by the National Women’s Council, the Coalition To Repeal The 8th Amendment and the Abortion Rights Campaign;

‘We are broad and diverse, but we are focused. We are rooted in the experiences of women and their families, and focused on achieving laws and services that respond to women’s needs and to best medical practice.’

Our campaign strategy would build on our experience and learnings from the NWCI campaign ‘Every Woman’ which focused on abortion as a ‘need’ rather than a political issue. Every Woman sought to avoid the divisive political discourse that had characterised the abortion debate and ground the issue in the realities of women’s lives and healthcare. While the lead-up to the referendum was undoubtedly a more charged political atmosphere, it created a base from which to build this new campaign. The underlying principles of Together for Yes would be Care, Compassion and Change;

‘The Together for Yes campaign respects the diverse views people hold on this issue. We understand that this is a complex and sensitive issue for many. We know that life is not black and white; that it is sometimes grey and complex.’

To bring this to life we developed a visual identity for the campaign which captured this sense of community, solidarity and hope. A collaborative creative process with the campaign resulted in the name ‘Together for Yes.’ This name would express the inclusive, broad-based nature of the campaign. It would also stand ‘for’ positive change, rather than a negative statement ‘against’ the past.

In order to respond to the misinformation perpetuated by anti-abortion groups, as well as the gaps in knowledge held by the public, it would be important for this campaign to be evidence-based. Medical expertise would be one of the key resources in developing factual rebuttals to myths and informed reasoning on the harms of the 8th amendment. This information would form parts of the campaign messaging, and also sit on the Together for Yes website as a resource for voters.

Through initiatives such as ‘In her shoes’ and ‘Everyday stories’ women shared their stories, talking for the first time about how the 8th amendment had impacted their lives. The outpouring of personal stories was unprecedented and affecting. These were the stories of teenage girls who had had to travel alone, in secret, to terminate a pregnancy in the UK. These were the stories of couples faced with the agonising prospect of bringing an unviable pregnancy to term. These were women who couldn’t ask for help, who couldn’t speak out about what had happened to them. Fundamentally, these were women you knew, and women from all walks of Irish life.

The campaign built on the wider community who had been affected by the 8th amendment, from the women and girls who have travelled for care, to their friends and family. It soon became apparent that almost everybody knew someone who had had an abortion, or who had suffered in some way because of the restrictive law. 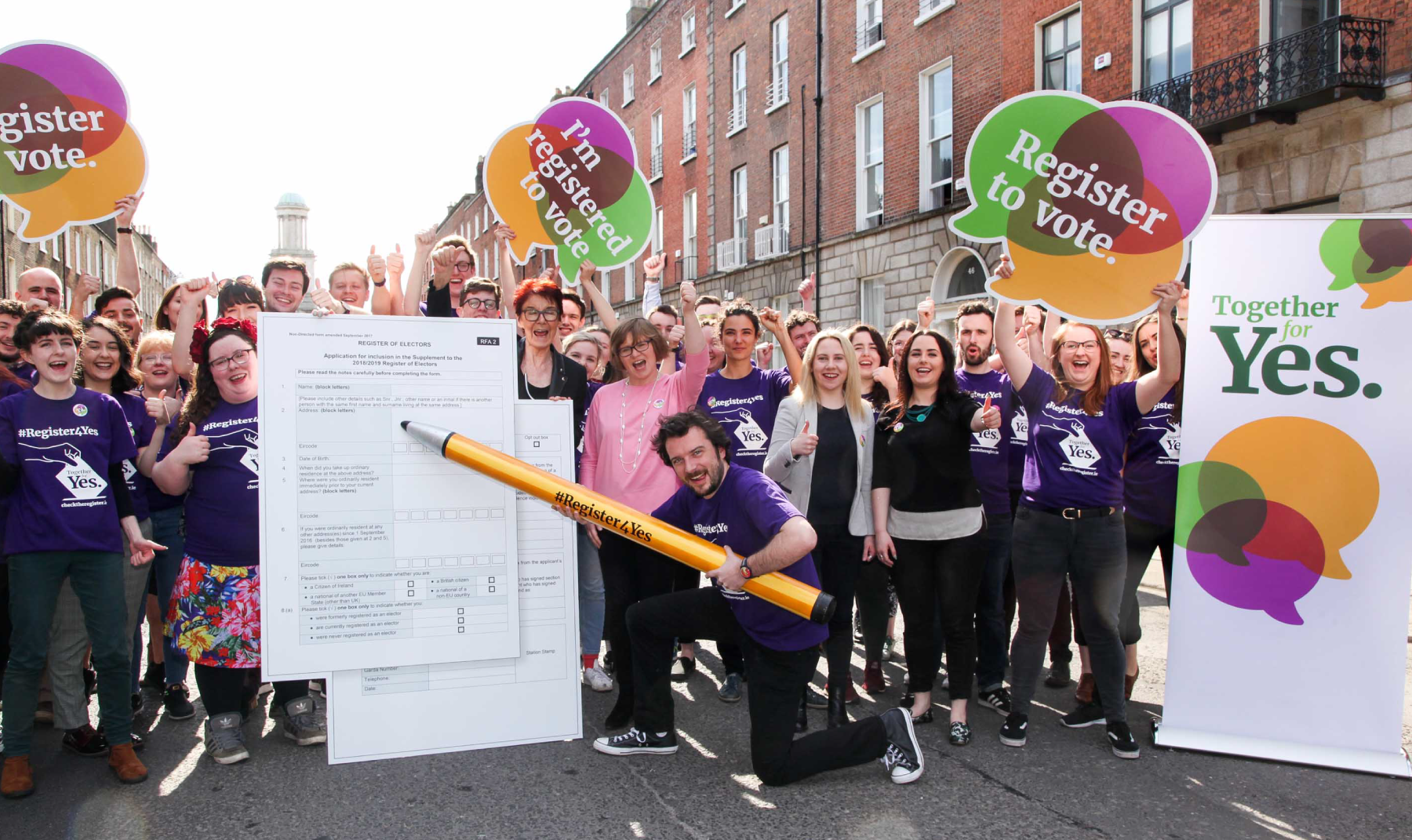 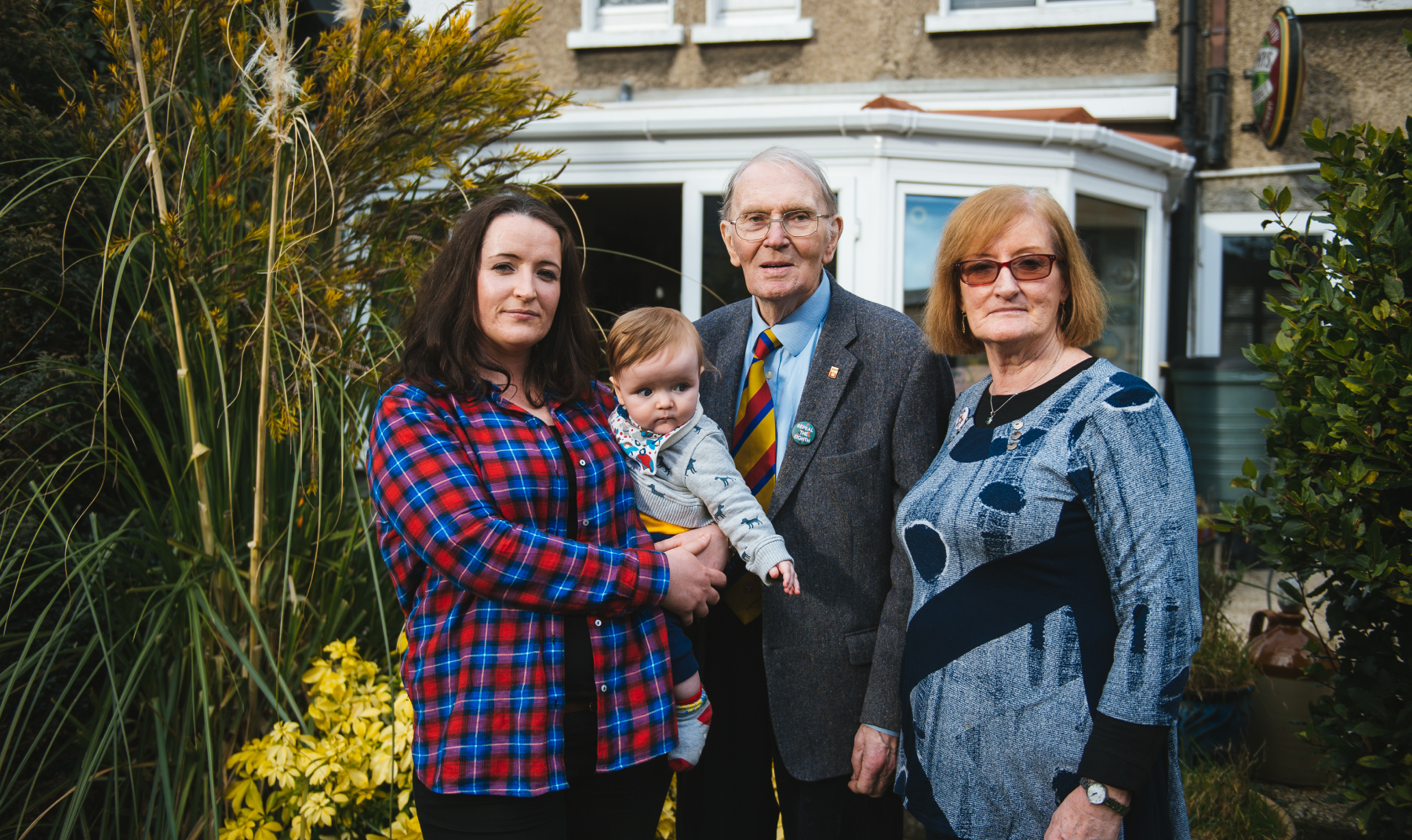 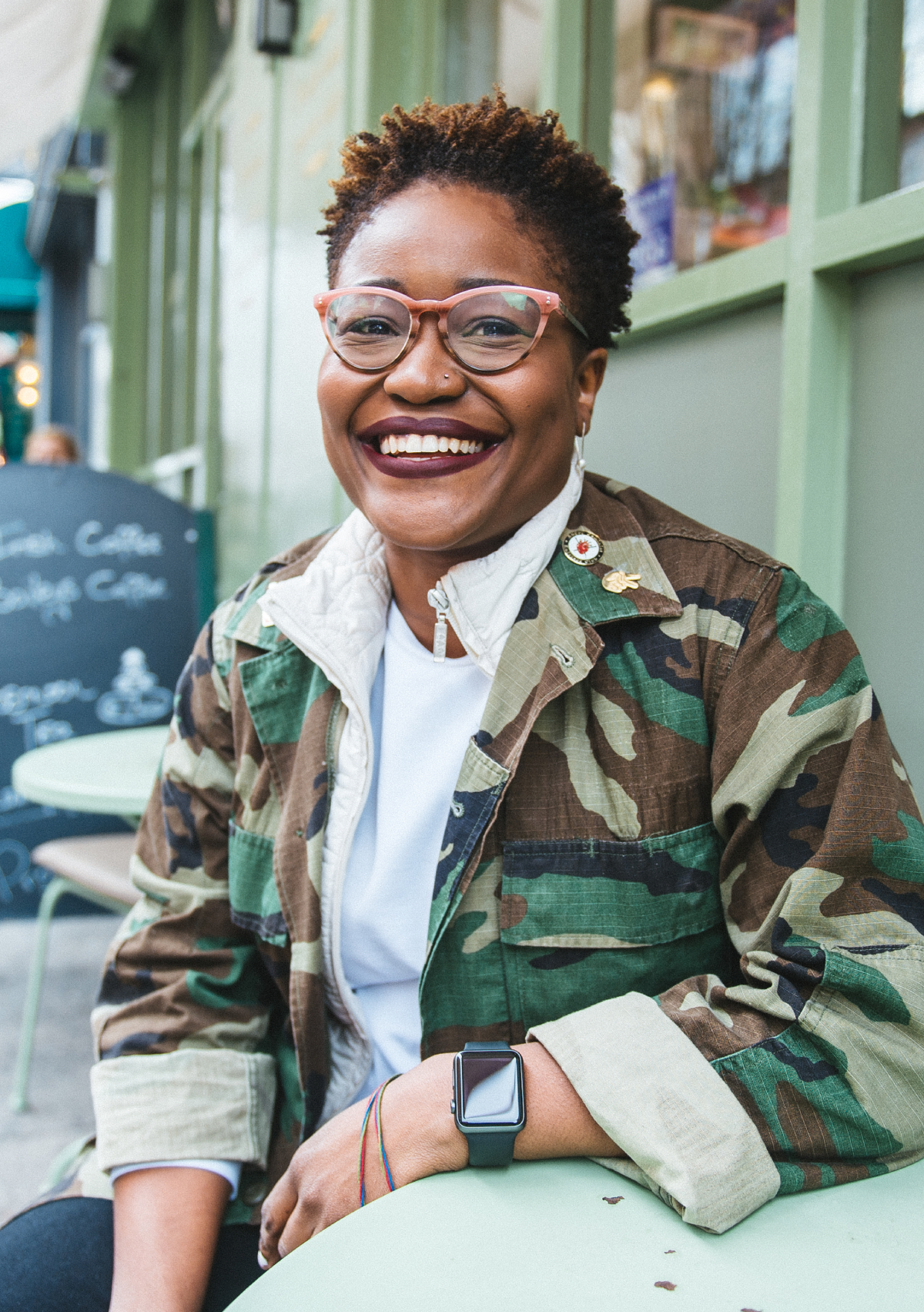 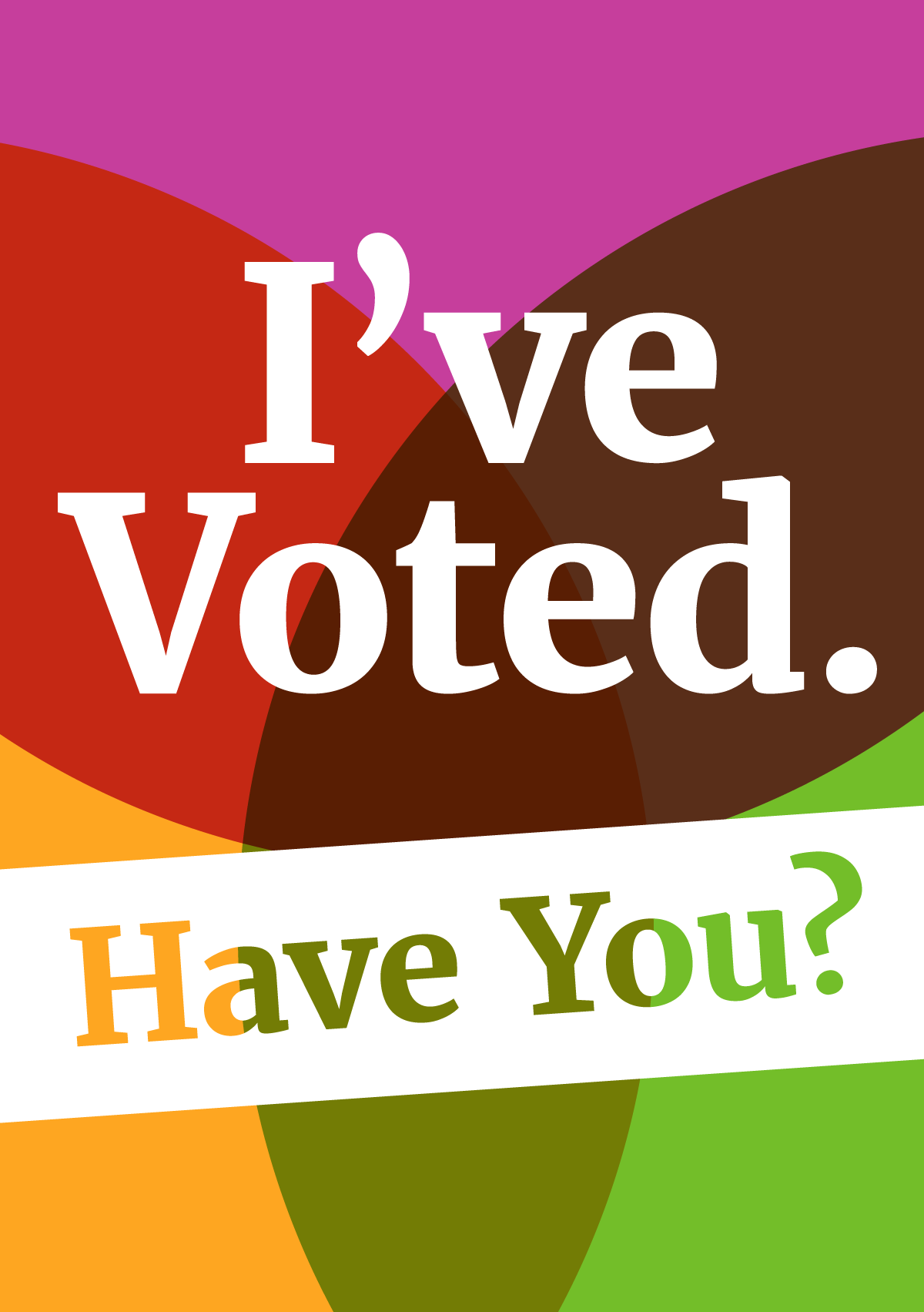 The referendum produced the highest voter turnout in Irish history. 1.4 million Irish people voted yes, delivering a two-to-one majority. It was a landslide. Irish women would finally be free to access abortion care safely, at home in Ireland. The national referendum exit poll revealed ‘personal stories in the media’ as crucial in persuading voters. Grounding the campaign in authentic, lived experience allowed voters to understand the real consequences of the 8th amendment. The referendum revealed no urban/rural divide in Ireland. The referendum’s success produced an unprecedented public outpouring of relief and jubilation. Dublin Castle became the spontaneous site of mass celebration, with Ireland’s Taoiseach, Minister for Health and numerous community leaders joining in the public’s outpouring of emotion. It was a historic occasion on many levels, making Ireland a more equal society for women and girls. The scale and nature of the success won international attention. Ireland’s historic referendum reverberated across the world, driven as it was by the campaign leaders’ visionary understanding of social and political communication. Together we changed the conversation around abortion. It was no longer about abstract political issues, but expressed the experience of women, girls and their families all over the country.