Women’s Aid is one of Ireland’s leading organisations working to end violence against women. Since its inception in 1974, Women’s Aid has been providing direct support to women and children suffering from domestic abuse and has been working tirelessly to improve societal and political responses to domestic violence. This involves advocating for policy change on issues related to domestic violence, supporting movements to enhance gender equality in society, providing training, carrying out research and running public campaigns. The provision of support services and this ongoing advocacy are the two key strands of Women’s Aid’s work. In a country where 1 in 4 women who have been in a relationship have been abused by a current or former partner, their work is as urgent and necessary as ever.

In 2020, a need was identified to update Women’s Aid’s identity. The new identity would have to capture these two strands of their work and speak to distinct audiences, loosely defined as women experiencing abuse, and ‘advocacy’ audiences comprising policy makers, journalists, other professionals and funders. It would be vital that the new identity expressed the compassion central to their work with service users, while also highlighting the important work they do on addressing structural issues and gender inequality. The existing Women’s Aid identity expressed strength and protection, but it was felt that the illustrative style would need to be updated to something more contemporary, and something that could sit comfortably in a number of applications – particularly in the digital world. Language were tasked with resolving these challenges in a new identity, one which would thread a line through the last 40 years of Women’s Aid, while capturing where the organisation was now and where it was going. 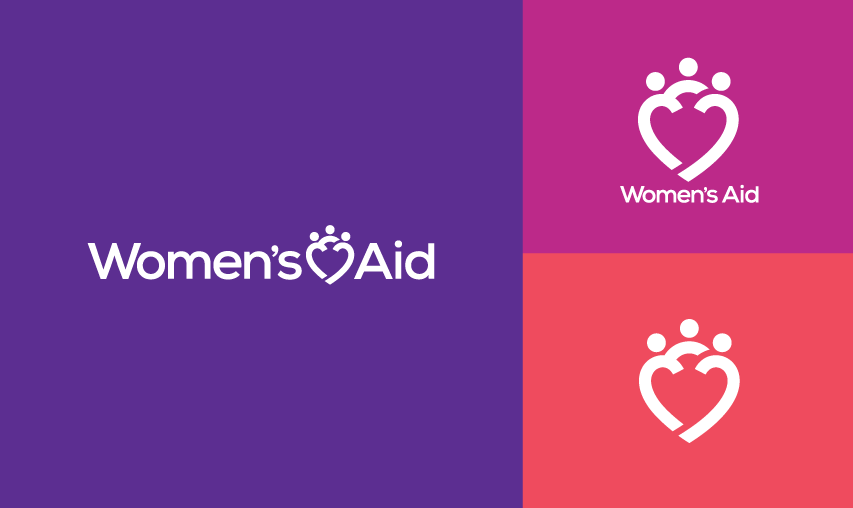 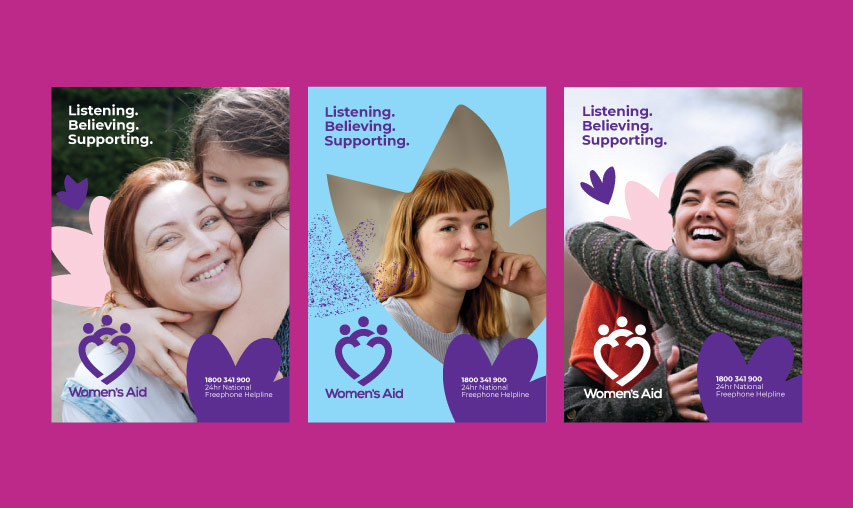 We began the process by running workshops with Women’s Aid to probe the essence of the brand. Some of the key elements that emerged were that Women’s Aid were trusted to support and represent the interests of women, a constant, always on and reliable service and a visionary leader in gender equality and women’s issues. The new identity would have to capture these values and express a character which was energetic, engaging and smart. 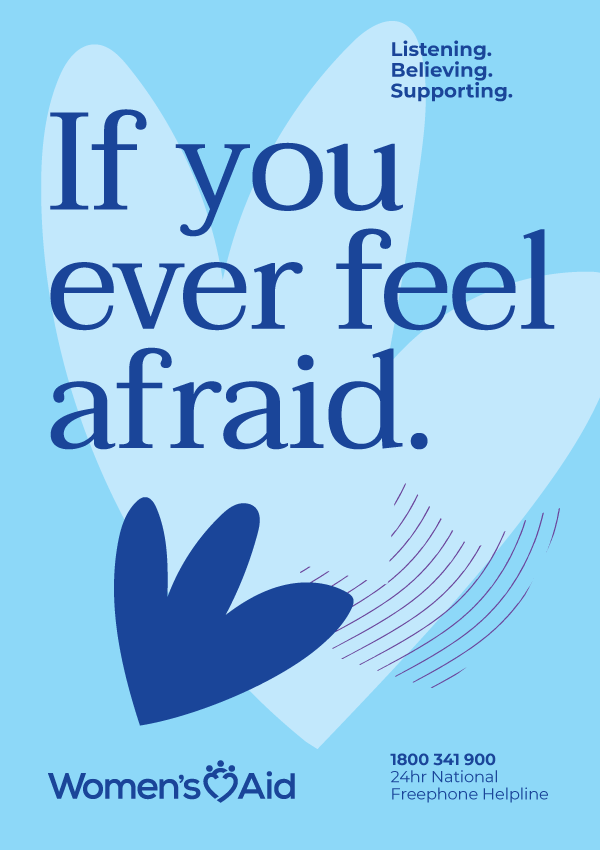 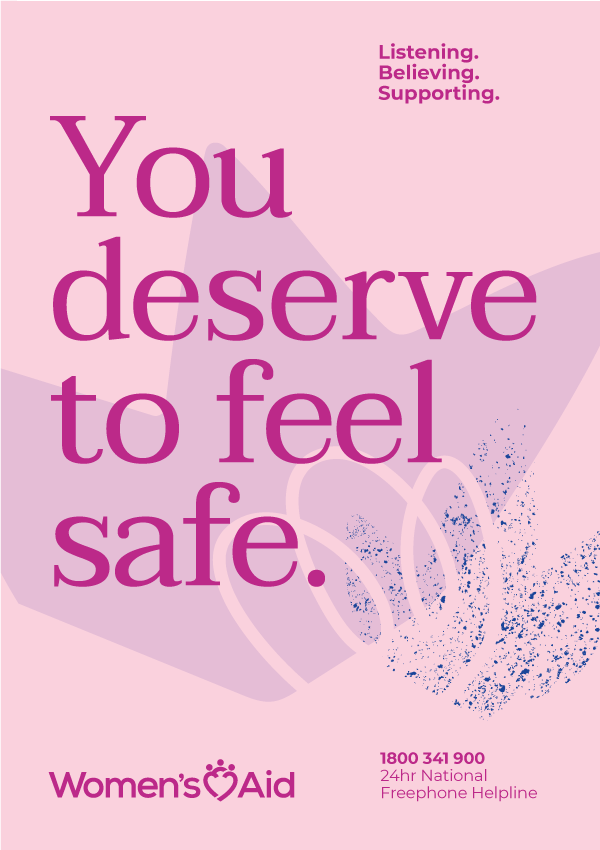 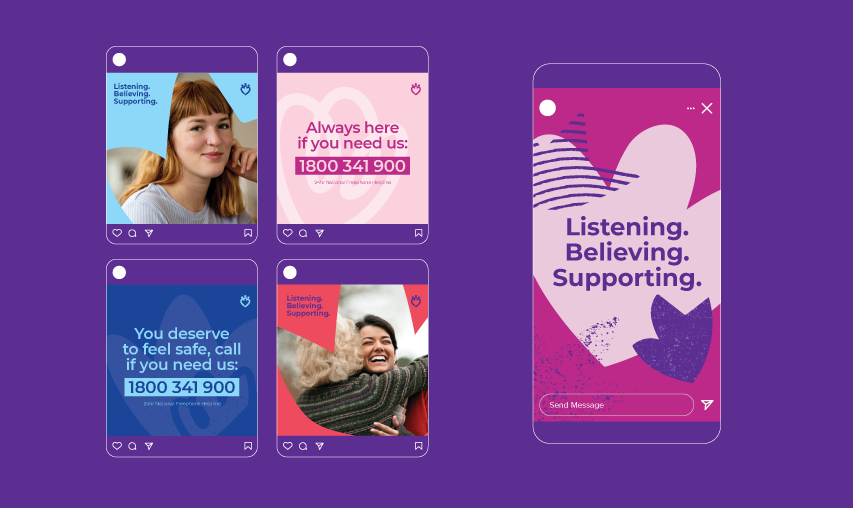 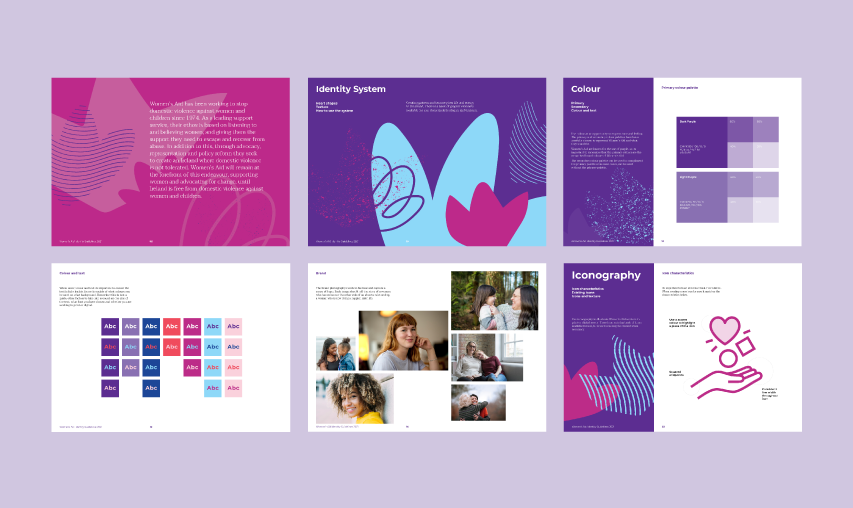 We explored a number of visual routes for the identity, eventually landing on one which evolved the old identity in a striking, contemporary way. We created a mark which incorporated three figures into the shape of a heart, to represent the support Women’s Aid provides, but also the strength and solidarity that is integral to their organisation. The new mark sits in between the two words of ‘Women’s Aid’, emphasising this sense of protection. The sans serif font, the clean lines and graphic simplicity of the new logo would now more accurately reflect where the brand stands in 2020 and beyond. The iconic Women’s Aid purple was retained in order to recognise the heritage of the brand.

This new identity was rolled out over all Women’s Aid assets, including the website, publications, presentations and social media materials. Having long worked with Women’s Aid and produced content for them, we could see how the brand was evolving visually in real time. Now the overall look of the brand would be aligned with one clear style. Developing the new identity for Women’s Aid was a wonderful opportunity for us to refresh and recalibrate a brand we have worked on for many years, helping to accurately reflect how the organisation has evolved and giving it the framework it needs to continue to grow, change and speak its message into the future.